Wednesday is in for her MOT, so I have a loaner from the garage.

Objectively there’s nothing wrong. It’s a 70 plate mini cooper s, 3 door automatic. It zooms pretty well. But it’s so small compared to my Clubman. It’s narrower, not as long and , my head is closer to the roof.

I am literally shoulder to shoulder with Nephew B. There are technically back seats for people with lower limbs the thickness of spaghetti. Because it’s smaller inside everything just feels squished together. Even if it was just me, which it usually is, this car would be too small.

When I binned Toothless back in 2017 I was pretty set on a mini cooper in racing green. Until I actually sat in one. Then added two nephews to replicate my designated driver functions. It was shoulders, elbows and knees. So I bought a Clubman because a) it was a roomy little car b) I liked the rear doors and c) Cute.

I mean, I’m 5’2”. If i fold the back seats flat in the clubman I can lie down to sleep. Or leave doors open and do some ad-hoc star gazing up at osmotherley .

However Im not entirely sure I can fit more than 1 (one ) other human in the cooper. Which is a real shame as I’m looking at electric cars and right now just puts the mini right off the list until they come up with a clubman option. ( Yes there’s a hybrid Countryman. That’s too big . No goldilocks jokes please thank you ) 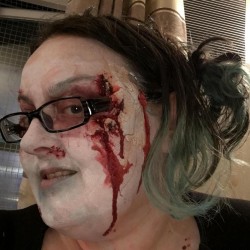 dys
Short British introvert with a love of books, gadgets, crochet and malformed haiku. There is no post schedule and my blog titles are all personal in jokes.

Latest posts by dys (see all)

Short British introvert with a love of books, gadgets, crochet and malformed haiku. There is no post schedule and my blog titles are all personal in jokes.

yes, i took a picture.

I saw the code for your computer program yesterday. It looked easy. Its just a bunch of typing. And half of the words were spelt wrong. And dont get me started on your over-use of colons.

Stuff I posted about