think that this is a post best described in pictures rather than words. This is mostly because the words were “mmmmmm” or “Mines a pint”. My friends should have been doing this a la viz. With beards and braces and talks about nose, and hops and all sorts of things. There was a brief moment of disquiet when they learned where isinglass comes from when visiting york Brewery, but, I digress.
Instead I just drew the expressions on my friends faces when they sampled the below beverages. Apart from the sheep, but those were due to Meeeeh noises. 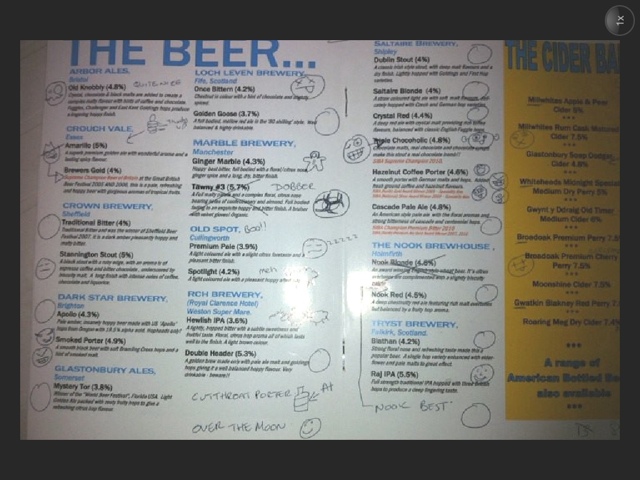 ** Kudos to EmmaThePixie for bravely working her way through the cider section single handed!

Reality continues to ruin my life

What am I reading right now?